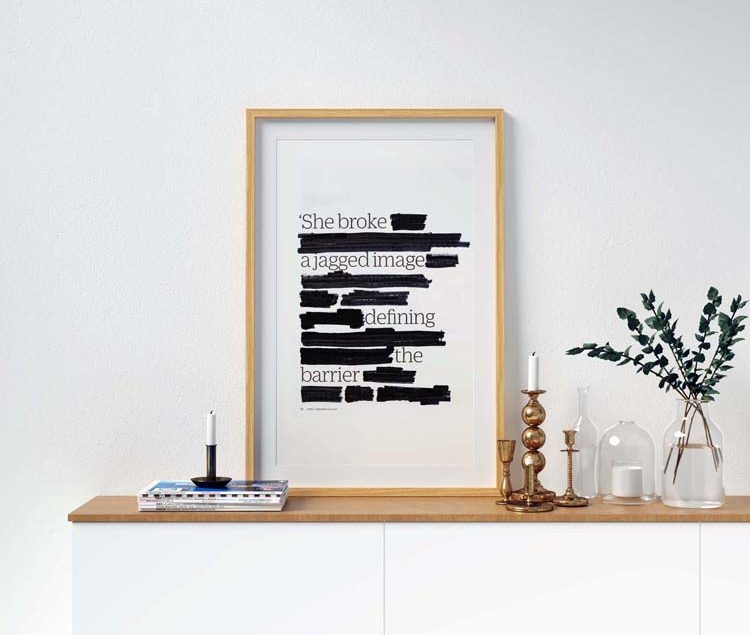 A Redactive Poem is a piece of text created by redacting all the text around it, leaving only a more simplified (often very different) version of what is left.

I won’t claim to have invented this — it’s origins date as far back as the 1960’s. In 1977 Ronald Johnson famously created Radi Os — a longform epic poem constructed entirely from a single copy of Milton’s Paradise Lost.

My work in Redactive Poetry goes back as far as 2004 when I used to black out old screenplay drafts with acrylic paint. This was really unintentional; I was trying to work through writer’s block at the time NOT create a piece of artwork. But, as the years pushed through I continued to redact text and create new pieces. I didn’t start creating a formal body of work until 2016, when I started collecting magazine text solely for this purpose.

When I create a redactive poem I am trying to do two things:

You, as the viewer will likely never know what has been redacted, but I as the creator remember, and I feel that if I am not working to change the text’s meaning– then I am not creating a new work — but rather editing someone else’s words.